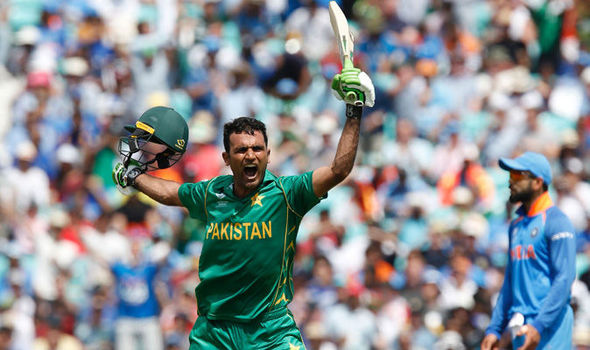 LONDON: Pakistan opener Fakhar Zaman fell after scoring 114 off 106 balls on the biggest stage against India in the Champions Trophy final being played here on Sunday.
Pakistan’s 100-plus opening stand was broken as Azhar Ali was run out after a misunderstanding at 59, leaving Pakistan one down for 128.
Both the Pakistani openers – Azhar and Fakhar Zaman – smashed fifties, seeing Pakistan off to a soaring start as India rued missed chances.
Fakhar was given a second life when he was caught behind off a no-ball by Bumrah earlier in the inning.
Earlier, Indian skipper Virat Kohli won the toss and as expected decided to bowl first in Champions Trophy final against Pakistan, here at The Oval.