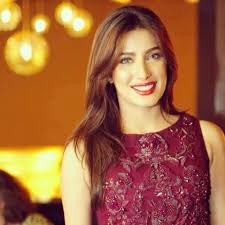 KARACHI: Some people are not happy with Mehwish Hayat after she shared a photograph on social media while wearing bomber jacket with skin tight bottoms, as they slut shamed her for ‘indecency’.
The Pakistan film actor was called with inappropriate names by the moral police in the comments section of her post. “I’m the one who then consider her equally responsible for rapes and abuses. At least that of grown women,” wrote one Instagramer.
Others came for her support and shunned the haters. One fan said, “If I like her as a public figure because she is talented and beautifull and she posted something which I dont want to see is offending to me. Its not easy being a famous public figure.”
In an earlier post on Instagram, the diva had opined that women can wear whatever they choose to and will still be subjected to abuse in the society. She argued that there is a misconception that the way a woman dresses is what attracts abuse.
“The way that a woman dresses has no bearing on the way she is treated. This is simply down to the mentality of some of the misogynistic elements in our society.”
Her post had become a place of debate for all sections of the society and triggered either emotional support or disturbing flak.