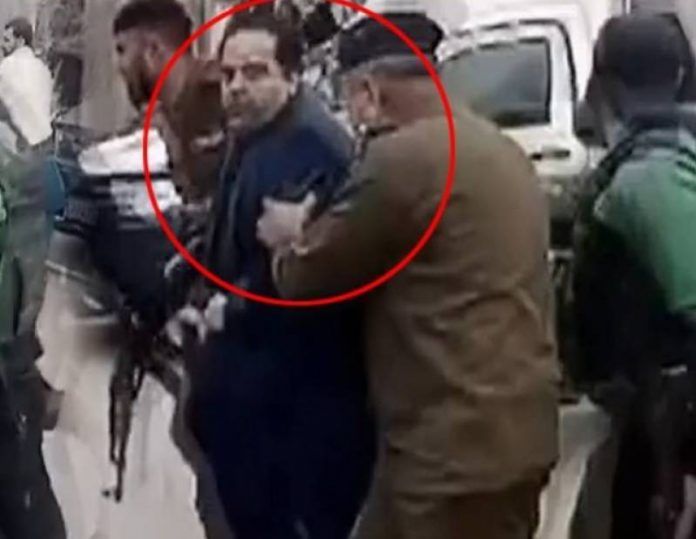 JHELUM: Hours after the arrest of PTI senior leader Fawad Chaudhry from Lahore, the police also arrested his brother Faraz Chaudhry from his hometown Jhelum for holding a protest demonstration against his brother arrest on Wednesday.

Faraz Chaudhry was leading a protest against the arrest of his brother in a case pertaining to threating the Election Commission of Pakistan and its members.

PTI workers protested against the arrest of Fawad setting tyres on fire and blocked the GT Road for traffic.

The protesters shouted slogans against the government.

Earlier today, a local court of Lahore approved transitory remand of the Fawad Chaudhry, who was produced before the court around Wednesday noon after his arrest during wee hours of the day.

Meanwhile, the Lahore High Court (LHC) directed the police on Wednesday to present  Fawad Chaudhry in court by 1:30pm.