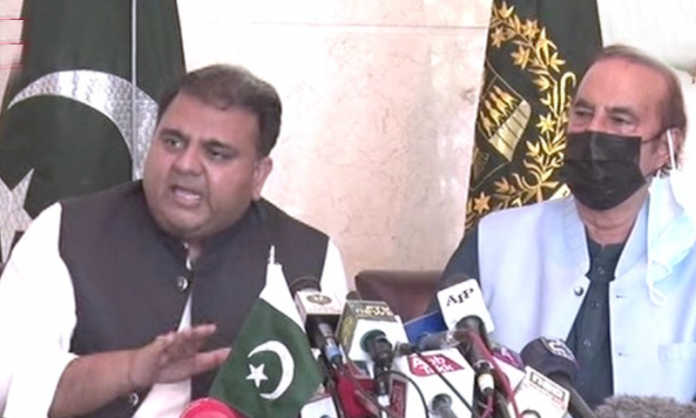 ISLAMABAD: Adviser to Prime Minister on Parliamentary Affairs Babar Awan on Monday said that the federal government plans to bring 49 amendments to the Election Act 2017 in a bid to reform the electoral process in the country, Khyber NEWS reported.

Flanked alongside Information Minister Fawad Chaudhry in a presser, Babar Awan said that there was nothing in the amendments that were in favour or against any political party.

Shedding light on the changes in the Election Act 2017, he said they would amend section 103 to introduce the use of electronic voting machines (EVMs), overseas Pakistanis would get voting rights after changes in section 94 besides also introducing compilation of electoral rolls on the basis of NADRA record, and delimitations as per the registered voters in a constituency.

He said that under the reforms, the appointment of polling staff could be challenged 15 days within the electoral process. “We are also bringing amendments to hold Senate elections through open ballot,” Babar Awan said.

Speaking before him, Minister for Information and Broadcasting Fawad Chaudhry once again reiterated the government’s offer to the position parties to sit for electoral reforms saying that those opposing electronic voting machines (EVMs) have never witnessed their working.

Fawad Chaudhry said that even the prime minister himself has asked the opposition to sit for electoral reforms after the latter objected as to why they were not invited for the talks directly by Imran Khan.