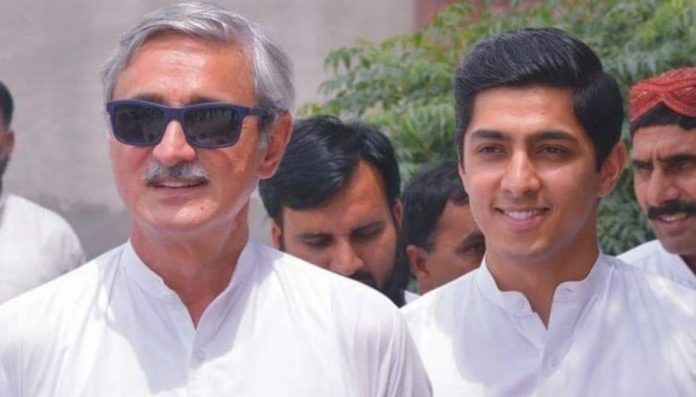 LAHORE: The Federal Investigation Agency (FIA) has launched a probe into foreign properties of the ruling Pakistan Tehreek-i-Insaf’s estranged leader Jahangir Khan Tareen, directing him to provide it with complete detail and money trail in this regard on Tuesday (today) without failing.

On Monday, the FIA directed Mr Tareen to either appear in person or send his chief financial officer to submit the record of his and his family members’ foreign assets and the money trail. The FIA sought detail of his family-owned 12-acre Hyde-House in Newbury, Hampshire, UK.

It also asked him to provide a complete detail of his and his family members’ assets anywhere in the world. “Whether these assets have been declared in the FBR or not? The details should include a complete description of assets, location, mode and cost of acquisition, along with a money trail,” a call-up notice to Mr Tareen said.

The agency has also sought from him the detail of independent valuation report of JKFSL assets, annual audited financial statement of JDW, detail of 35,000 acres of JKFSL farms and utilisation of Rs3.14bn JDW’s advances – converted into JDW’s equity investments – to FMPL.

The FIA warned Mr Tareen that “non-compliance of this call-up notice and continued failure to produce the relevant record, despite repeated requests since August 2020, will entail that the omission is deliberate and investigation will proceed on the basis of documentary evidence available on record.”

The FIA last month had registered two FIRs against Jahangir Tareen and his son Ali Tareen under Rs5 billion money laundering and fraud charges in the sugar ‘scam’. Both are on interim bail till April 17.

Punjab chief minister’s aviser Abdul Haye Dasti disclosed on Monday that some elements wanted “arrest of Tareen at any cost”. “WhatsApp messages are coming, demanding that Mr Tareen should be behind bars at any cost,” he told a private TV channel. Naming adviser to the premier, Shahzad Akbar and Principal Secretary to PM Azam Khan in this episode, Dasti said: “Everyone has a problem with the duo”.