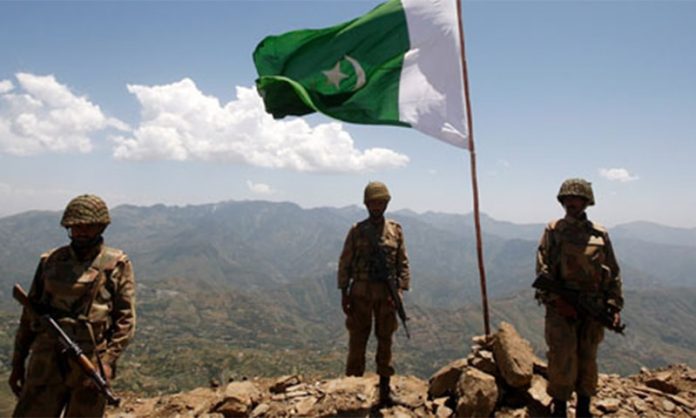 PESHAWAR: Five soldiers of Pakistan Army were martyred and ten terrorists were killed as terrorists from across the border attempted physical attack on three border security posts located in Mohmand Agency, ISPR said.
According to Inter-Services Public Relations (ISPR), five security forces personnel embraced martyrdom in the exchange of fire with the terrorists. The clash took place when terrorists from across the border attacked three Pakistani security posts in the Agency last night.
Effective presence, vigilance and response repulsed terrorists’ attempt, the ISPR said. However, five soldiers embraced martyrdom during exchange of fire.
The martyred troops include Nk Sanaullah, Nk Safdar, Sepoy Altaf, Sepoy Nek Muhammad, and Sepoy Anwar.
Chief of Army Staff General Qamar Javed Bajwa appreciated Pakistan Army’s befitting response to the terrorist attack. He said the terrorists are a common enemy and coordinated efforts are required to check free movement of terrorists on the border.