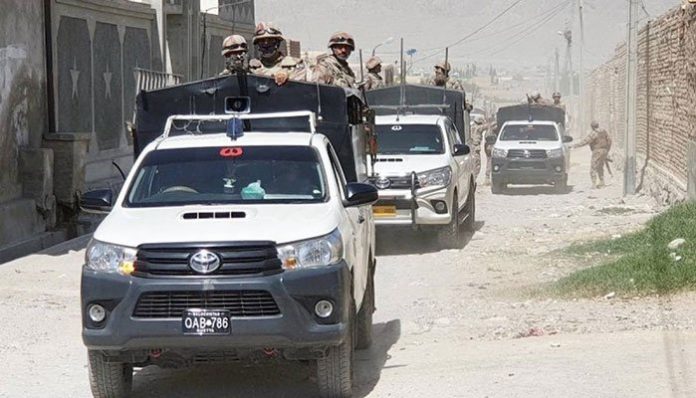 QUETTA: Five alleged terrorists have been killed in the exchange of fire with Counter-Terrorism Department (CTD) officials in Quetta’s Hazarganji, Khyber News reported.

The CTD spokesperson said in a statement that five terrorists were killed in the exchange of fire in Hazarganji and their bodies are being shifted to the hospital. It added that arms and explosive material were recovered from their compound, whereas, the area was cordoned off the clear it from the terrorists.

Earlier in June, the Counter-Terrorism Department (CTD) had killed a suspected terrorist, said to be a key member of a proscribed outfit, in an operation in Quetta.

The operation had been carried out in the Goharabad area of Sariab, according to a CTD spokesperson. On seeing the CTD men, the suspect had opened fire and hurled hand grenade in a bid to flee the spot.