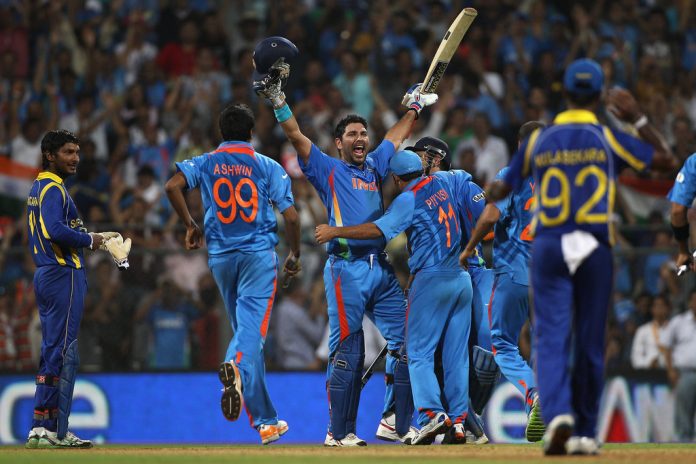 COLOMBO: Former Sri Lankan sports minister Mahindananda Aluthgamage has alleged that the team “sold” the 2011 World Cup final to India,
Aluthgamage is the second senior figure to allege the final was fixed, after 1996 World Cup-winning skipper Arjuna Ranatunga.
“I tell you today that we sold the 2011 World Cup finals,” Aluthgamage told Sirasa TV. “Even when I was sports minister I believed this.”
Aluthgamage, sports minister from 2010 to 2015 and now state minister for renewable energy and power, said he “did not want to disclose” the plot at the time.
“In 2011, we were to win, but we sold the match. I feel I can talk about it now. I am not connecting players, but some sections were involved,” he said.
Sri Lanka lost the match at Mumbai’s Wankhede stadium by six wickets. Indian players have strongly denied any wrongdoing.
Ranatunga, who was at the stadium as a commentator, has previously called for an investigation into the defeat.
“When we lost, I was distressed and I had a doubt,” he said in July 2017. “We must investigate what happened to Sri Lanka at the 2011 World Cup final.”
“I cannot reveal everything now, but one day I will. There must be an inquiry,” added Ranatunga, who said players could not hide the “dirt”.
Sri Lanka batted first and scored 274-6 off 50 overs. They appeared in a commanding position when Indian superstar Sachin Tendulkar was out for 18.
But India turned the game dramatically, thanks partly to poor fielding and bowling by Sri Lanka, who were led by Kumar Sangakkara.
Sangakkara called on Aluthgamage to share his allegations with the the International Cricket Council, the global governing body.
“He [the minister] needs to take his ‘evidence’ to the ICC and the Anti corruption and Security Unit so the claims can be investigated throughly,” Sangakkara tweeted Thursday.
Sri Lankan cricket has regularly been involved in corruption controversies, including claims of match-fixing ahead of a 2018 Test against England.
Earlier this month, the Sri Lankan cricket board said the International Cricket Council was investigating three unnamed former players over alleged corruption.
Sri Lanka introduced tough penalties for match-fixing and tightened sports betting restrictions in November in a bid to stamp out graft.
Another former sports minister, Harin Fernando, has said Sri Lankan cricket was riddled with graft “from top to bottom”, and that the ICC considered Sri Lanka one of the world’s most corrupt nations.
Former Sri Lankan fast bowler Dilhara Lokuhettige was suspended in 2018 for corruption relating to a limited-overs league.
He was the third Sri Lankan charged under the ICC anti-corruption code, following former captain and ex-chief selector Sanath Jayasuriya, and former paceman Nuwan Zoysa.
Jayasuriya was found guilty of failing to cooperate with a match-fixing probe and banned for two years. Zoysa was suspended for match-fixing.