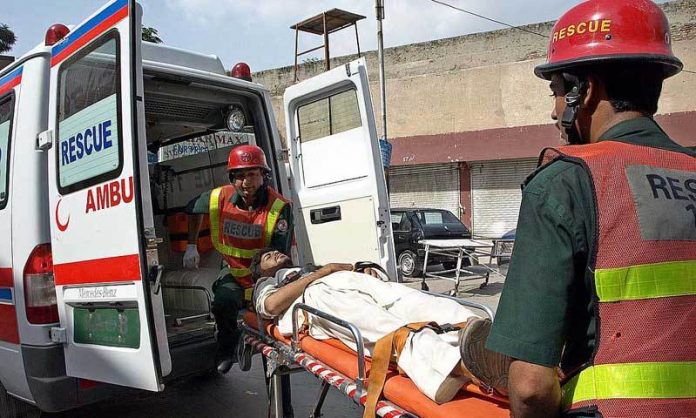 GOJRA: Four members of a family were killed in an accident at Gojra city of Toba Tek Singh district on Thursday.
According to rescue source, a motorcycle crashed into a tractor trolley due to which a married couple and their two children lost their lives.
A person was also injured in the accident. The victims were shifted to Allied Hospital for treatment.
The family were arriving here in Gojra when the untoward incident took place.
It should be noted that road accidents are primarily caused by poor roads, badly maintained vehicles and reckless driving.