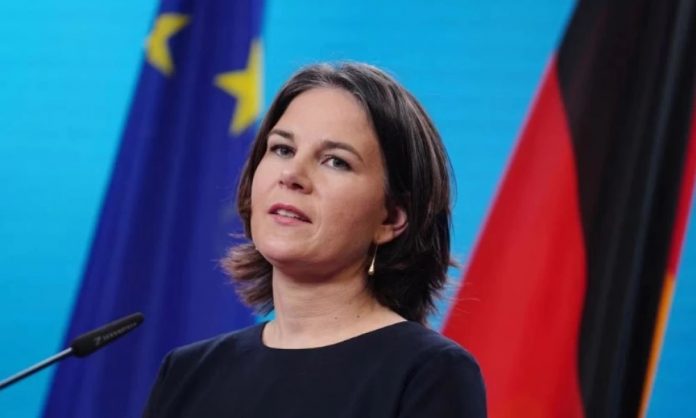 ISLAMABAD— German Foreign Minister of Germany Annalena Baerbock is arriving in Pakistan on Tuesday on a two-day official visit, at the invitation of Foreign Minister Bilawal Bhutto Zardari.

This will be FM Baerbock’s maiden visit to Pakistan, the Foreign Office said Monday.

During the visit, the two foreign ministers will hold delegation-level talks on the entire range of bilateral matters and exchange views on regional and global issues.

Germany is a valued partner of Pakistan, both bilaterally and in the context of the European Union. The two countries have long-standing, cordial relations marked by mutual respect and close cooperation. The two sides attach special importance to strengthening bilateral cooperation in diverse fields, including trade and investment, energy, defence, and people-to-people contacts.

The visit of the FM Baerbock is part of regular high-level exchanges between the two countries and is expected to impart further boost to the multi-faceted Pakistan-Germany relationship.