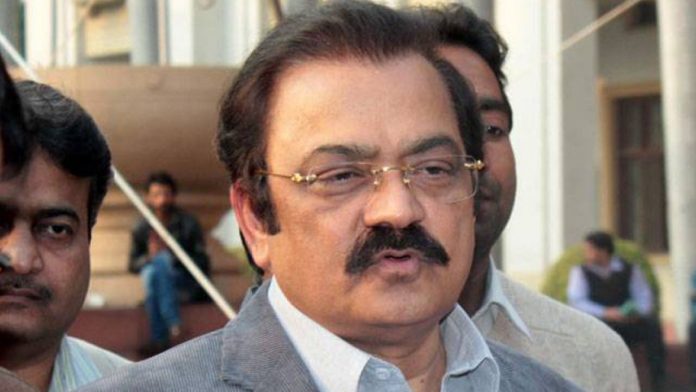 ISLAMABAD: The incumbent federal government has started working on initiating sedition cases against Imran Khan and other PTI leadership under Article 6 of the Constitution.

With this decision, Imran Khan’s politics has come to an end; he said.

He said that the federal government has started working on action against Imran Khan under Article 6 of the Constitution, adding that the Parliament has to block the path of unconstitutional steps after the Supreme Court’s verdict.

He said the National Assembly speaker is bound to file a reference against the individuals named in the verdict with the Election Commission of Pakistan (ECP), adding that there is no room for politics left for the “inept clan”.

Sanaullah reiterated that he was ready to arrest Imran Khan and added that an application for registration of a case against the ex-premier was pending with the federal cabinet.

He said that Imran Khan would be arrested as soon as they receive green signal from the cabinet.