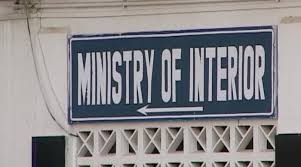 ISLAMABAD: In what appears to be a decisive crackdown on proscribed organisations under implementation of the National Action Plan (NAP) in Pakistan, 121 ‘under-observation’ members have been taken under “preventive detention” for investigation.
In a significant move, the government has taken administrative control of 182 seminaries (Madaris) and mosques, 34 schools and colleges, five hospitals, 163 dispensaries, 184 ambulances and eight offices of the concerned organisations.
Provincial governments have “taken in their control management and administration of 182 seminaries (madaris)”, Pakistan’s interior ministry said in a statement, referring to religious schools.
The provincial government of Sindh has also taken control of 56 seminaries and schools.
According to a notification issued by interior ministry on the directives of the federal government and the chief minister of Sindh, all institutions shall be operated under the authority of the concerned education, health and Auqaf departments of the government.
Both banned organizations had been operating 31 schools, 16 seminaries and nine hospitals.
The notification further stated that the banned organizations were running several institutions established in Karachi, Hyderabad, Jamshoro, Sanghar, Badin, and other cities of Sindh.
Meanwhile, administrators and prayer leaders of seminaries and mosques, respectively, have been replaced by the Auqaf department. The institutions, after being taken under control, shall be made functional for the common citizens.
According to details, a stern action will be taken against anyone who attempts to hinder the reforms.
Earlier, in order to implement the NAP, a high-level meeting was held in the Ministry of Interior on March 4, attended by all representatives of all provincial governments,” according to a statement by the ministry. “These actions will continue, as per the decisions taken in National Security Committee (NSC) while reviewing NAP.”
Minister of State for Interior Shehryar Afridi tweeted on Wednesday “Operation against proscribed organisations as per National Action Plan (NAP) 2014 shall continue till achievement of objectives. Efforts to accelerate progress on complete NAP are being pursued.” …Agencies