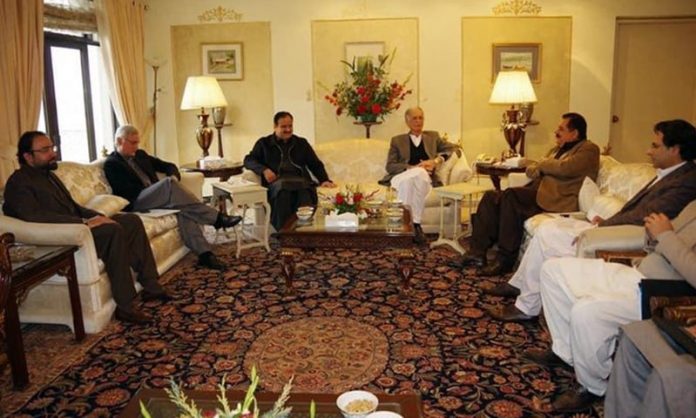 ISLAMABAD: Senior leaders of Pakistan Muslim League-Quaid (PML-Q) on Sunday have said that they are ready for talks with the new committee formed by the incumbent government of Pakistan Tehreek-e-Insaf (PTI).
A meeting between both the parties will be held in few days.
Meanwhile, Chief Minister of Punjab (CM) Sardar Usman Buzdar said that opposition’s wish of breakup between government and its coalition parties will never be fulfilled.
Earlier, PML-Q leader Moonis Elahi had demanded the government to fulfill the promises it made on matters negotiated between the two parties.

Also read: Govt committee discusses strategy for talks with coalition parties
He said that he had informed Prime Minister Imran Khan about reservations of his party but assured him that PML-Q will continue to support the government.
He added that according to their agreement with the government, ministers from his party will be empowered and there will be no interference in their ministries.