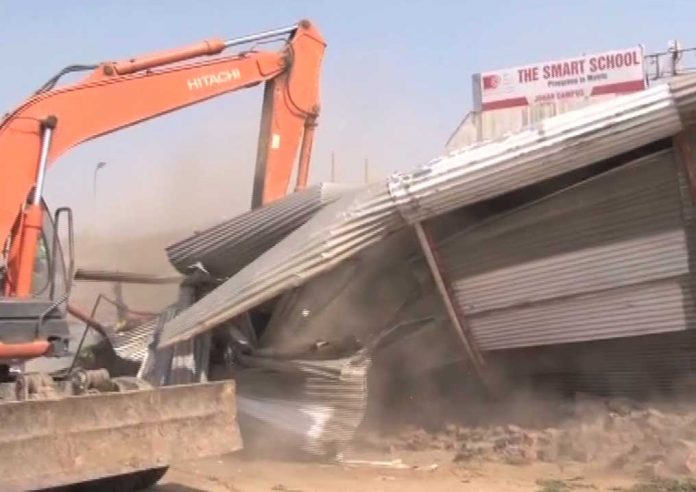 LAHORE: Following the orders of the Punjab Chief Minister Sardar Usman Buzdar, a grand operation against land grabbers and encroachments has been launched in Lahore and Multan today (Tuesday).
After the legal notice of the court, the illegal buildings grabbed by “Mansha Bum” have been demolished.
On the other hand, a grand operation has also been initiated in Multan to bulldoze buildings occupied by the encroachers.
It is pertinent to remember that on Monday, Punjab CM Buzdar had directed a crackdown against land mafia and corrupt elements in Lahore saying, “Operation would be taken to its logical conclusion as per the Supreme Court’s orders.”