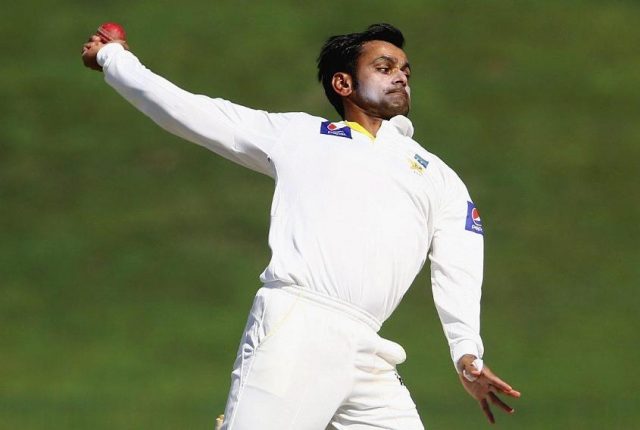 LAHORE: Test cricketer Mohammad Hafeez appeared before a three-member Pakistan Cricket Board’s disciplinary committee to explain his position in response to the showcause notice issued to him by the PCB.
The committee included Director Cricket Operations Haroon Rasheed, Director Media and Co-ordination Amjad Hussain and GM Legal Salman Naseer, said a spokesman of the PCB here on Tuesday.
Hafeez clarified his recent comments about ICC protocols on bowling action.
The committee accepted Hafeez’s explanation and asked him to clarify his comments to the media.
Hafeez said: “My intention was not to criticise the ICC protocols nor did I mention any respected cricket board in my interview. The interview was all about my suggestions to improve the [Bowling action tests] standards and to remove doubts if any from minds of fans of cricket. Unfortunately, my comments were misinterpreted and used out of context.”
No further action would be taken on the matter. – APP