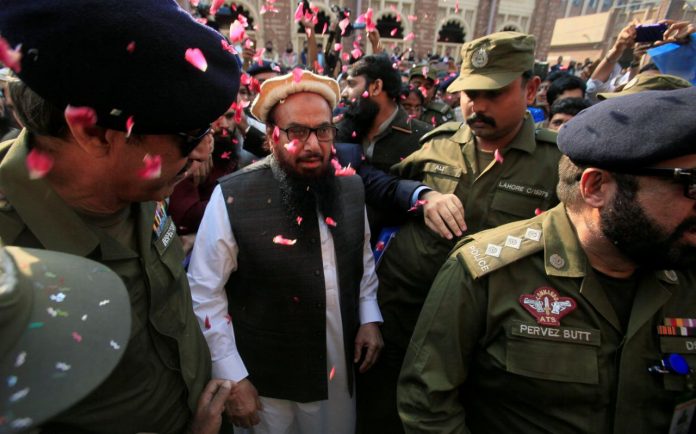 GUJRANWALA: An anti-terrorism court (ATC) Wednesday sent the chief of banned Jamaat-ud-Dawa (JuD) Hafiz Saeed to jail on a 14-day judicial remand.
Directing the CTD to present a complete charge sheet against the JuD chief, the ATC adjourned the hearing till August 7.
Hafiz Saeed was arrested by CTD on July 17 with the Punjab chief minister’s spokesperson stating that the JuD chief had been charged with gathering funds for banned outfits.