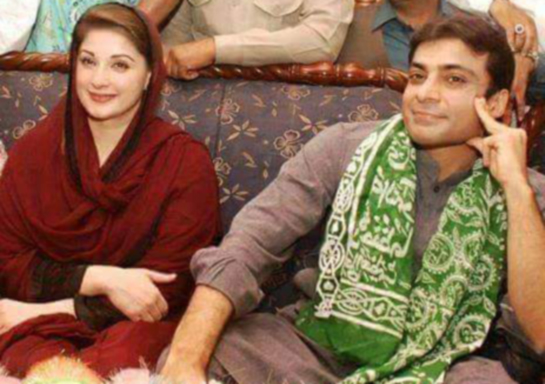 LAHORE: Hamza Shahbaz will run the election campaign of his cousin Maryam Nawaz who is contesting the upcoming general elections from the National Assembly constituency NA-127.
According to media reports, responsibility of running election campaign of former prime minister and supreme leader of Pakistan Muslim League-Nawaz (PML-N) Nawaz Sharif’s daughter, Maryam Nawaz, has been assigned to son of PML-N president and former chief minister Punjab Shahbaz Sharif, Hamza Shehbaz.
Maryam Nawaz is currently in London to look after her ailing mother Kulsoom Nawaz who is being treated for throat cancer and heart disease.
The reports said that Hamza Shahbaz has chalked out a comprehensive plan to visit Maryam Nawaz’s constituency and address public meetings in her absence.