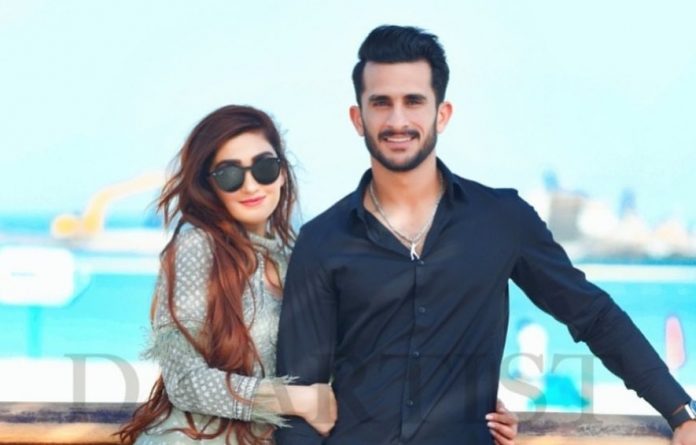 DUBAI: Pakistan fast bowler Hasan Ali is all set to perform nikkah with UAE-based Indian expatriate – Samiya Arzoo – in Dubai on Tuesday (today) while the rukhsati (bridal departure) has been scheduled to take place after three months.
The mehndi ceremony was held on Monday night. The event was attended by Hasan Ali’s close friend and leg-spinner Shadab Khan. Hasan Ali displayed his trademark ‘generator style’ celebration and Shadab Khan performed bhangra (Punjabi folk dance) which added flavor to the function.
Earlier, the couple went around Dubai for a pre-wedding photoshoot which was shared on social media and adored by the fans. It is worth mentioning here that the Pakistan Cricket Board (PCB) had granted a six-day leave to Hasan Ali from the ongoing pre-season camp for his nikkah.