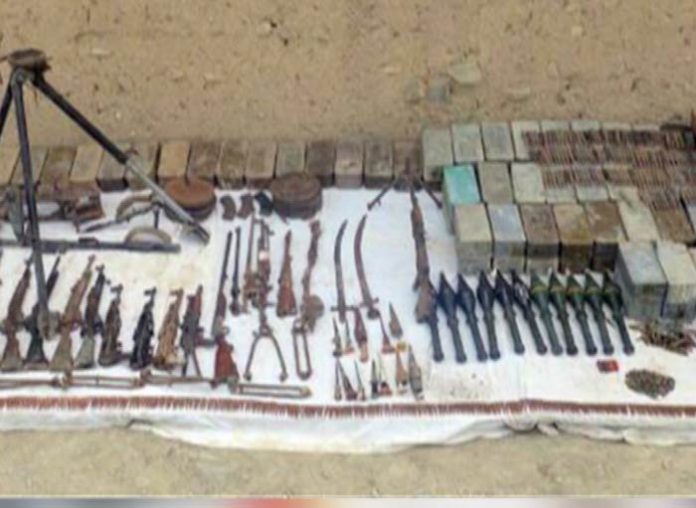 RAWALPINDI: A huge cache of weapons was recovered from Upper Dir area of South Waziristan during Operation Radd-ul-Fasaad. ISPR stated that the raid was conducted upon secret information.
According to the Inter-Services Public Relations (ISPR), successive raids were conducted in South Waziristan as a part of the fight against terrorism. Tunnels with explosives, hand grenades, mobile phones and Indian-manufactured plastic containers were recovered.
The huge cache of weapons was hidden underground by the terrorists. Fortunately, the soldiers of Pakistan Army raided the area upon secret information.
The breakthroughs achieved in Operation Radd-ul-Fasaad are increasing day by day. A heavy amount of explosive material has been recovered in today’s raid by Pak Army soldiers.