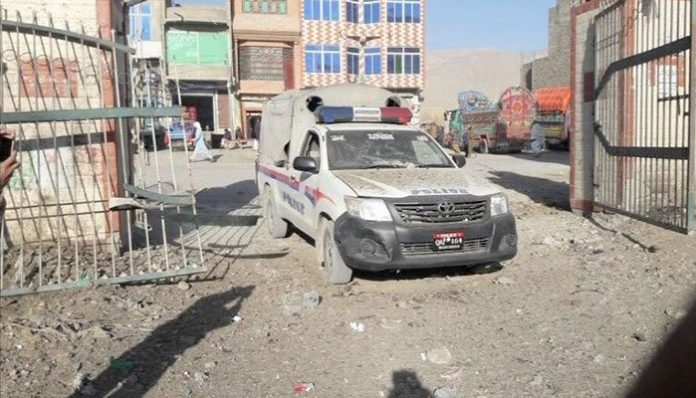 QUETTA: A police vehicle was targeted in an improvised explosive devise (IED) blast in Hazar Ganji area of Quetta here on Monday morning.
Sources said several people were injured and the vehicle, which was on routine patrol, has been damaged. However, no loss of life has been reported in the incident so far.
Officials of law enforcement agencies and bomb disposal squad have reached the site of the blast and are investigating.
Last week, eight police personnel were martyred and 22 others injured in a deadly car bombing in an outskirt of Balochistan’s capital city Quetta.