ISLAMABAD: The Islamabad High Court (IHC) has declared suspension of mobile networks by the federal government as ‘illegal’.
The decision was announced on petitions filed against the blockage of cellular services under the pretext of ‘security’ during key events in different parts of the country.
The ruling will be applied across Pakistan. 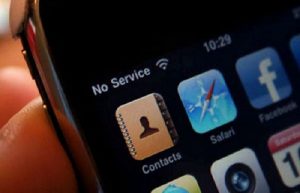 In Septemeber 2015, a report titled ‘Security v Access: The Impact of Mobile Network Shutdowns’ revealed that Pakistan’s economy is severely impacted by network shutdowns.
To combat its own serious public security challenges, the Government of Pakistan often instructs telecommunication operators to suspend mobile and/or Internet networks where intelligence indicates a threat to national security. The Government of Pakistan’s stated intention in blocking access to communication at such a time is primarily in order to protect the right to life as violent extremists use mobile phones to inform each other of their movements and in some cases, mobile phones have been used to detonate bombs.
“However, many experts argue that network shutdowns violate a range of human rights, and are neither necessary nor proportionate responses to potential violent activities. While the debate is often framed around the resulting restrictions to freedom of expression, network shutdowns also impact other rights, including life, access to health services, education, and work,” the report stated using Telenor Pakistan as a case study.