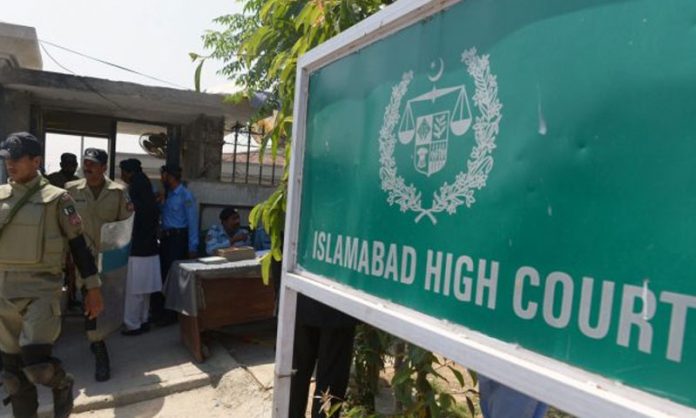 ISLAMABAD— Islamabad High Court (IHC) on Thursday nullified an earlier verdict of a single-member bench of the high court which had directed the Election Commission of Pakistan (ECP) to conclude PTI’s foreign funding case within a month.

In March, a bench had given the ruling to conclude PTI’s foreign funding case but it was later suspended in April before the verdict was nullified today (Thursday).

PTI had sought to probe into the funding of other big political parties.

The order read that the PTI had filed a petition before the ECP praying to restrain PTI’s founding member Akbar S Babar from participating in the pending proceedings of prohibited funding case against the party.

However, the petition was dismissed by the electoral body.

Following this, PTI filed a petition in the high court and sought direction for the State Bank of Pakistan (SBP) to locate the accounts of all political parties instead of just PTI.

The court in its verdict said that a representative of the commission has said that proceedings against three big political parties have also been initiated and the scrutiny of their bank accounts would also be completed in a reasonable time.

The court said that there was no room to doubt the ECP and expressed hope that the electoral body would treat every political party equally without discrimination.

The court expressed that it is hopeful that the electoral body would dispose of the funding cases of the political parties in a reasonable time and transparently.