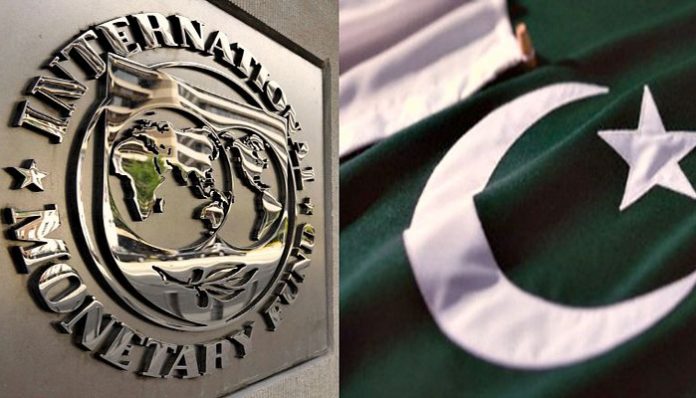 ISLAMABAD—Pakistan is set to receive an additional $2 billion from the International Monetary Fund (IMF) in its ongoing loan program after the former assured the lender that prices of petrol and electricity will be increased and amnesty for industrial sector is revoked.

The additional sum will increase the loan from the global lender from $6 billion to $8 billion. Further, duration of the program, which was set to expire in September 2022, has also been extended to June 2023.

“We agreed that prompt action is needed to reverse the unfunded subsidies which have slowed discussions for the seventh review,” the statement read.

According to sources, the Fund has also asked the government to revoke an amnesty scheme for the industrial sector announced by the last government.

The package didn’t sit well with the IMF as the PTI government had assured the Fund that no further amnesty schemes will be extended to any sector.

After successful meetings in Washington DC, a new round of technical talks between Pakistan an the IMF are expected to commence from Tuesday.

These talks will be followed by a staff-level delegation, which will arrive in Pakistan in May, for discussions on resuming the loan program.

“[T]he IMF expects to field a mission to Pakistan in May to resume discussions over policies for completing the 7th EFF (Extended Fund Facility) review,” said Porter in his statement.

Talks with the IMF
A Pakistani delegation led by Finance Minister Miftah Ismail on Sunday concluded preliminary talks with the IMF for the resumption of the loan program.

Ismail told a press conference at the Pakistan embassy in Washington DC that he had requested the Fund to expand the program by $2 billion and for another year.

The finance minister also announced that the government was going to end the universal subsidy on petroleum products in favor of a targeted subsidy.

He said an IMF team will visit Pakistan in May for discussing issues around subsidies on petrol and electricity announced by the out going government. He added that during this visit, a staff-level agreement will be signed within 8 days.

Speaking about his plans to end subsidies on petroleum prices, he said that the government was thinking about targeted subsidies, but it won’t subsidize fuel for car owners.

He said motorcycle riders may be provided with a limited quantity of petrol at cheaper rates. Money saved from the subsidy on petroleum products could be diverted to the Benazir Income Support Program, he said.

Ismail said the government had no option but to withdraw the subsidies, but it would do so in a way that did not burden the ordinary people.

He also criticized Imran Khan’s program of free food, saying the food was offered by the Saylani Welfare Trust.

As per reports, besides ending the subsidy on petrol, the government has assured the IMF to implement financial reforms, including those related to the State Bank’s autonomy.

Ismail hinted that the autonomy granted to the central bank by the previous government will not be withdrawn.

At least four rounds of talks were held between IMF officials and the Pakistani delegation, which included State Minister on Finance Aisha Ghaus Pasha, and SBP Governor Reza Baqir.

How talks with the IMF work?

Despite the announcement of successful talks with the IMF, it is unclear when Pakistan will receive the next tranche. Both parties will begin staff-level discussion at the end of next month, the success of which will determine the future of the program.

This is how talks with IMF work, with the possible outcome of the release of a new tranche:

The first step is “technical level talks”. Here, secretaries of various departments sit with the IMF team and share data.

The next step is “policy-level talks.” In these talks, a delegation comprising finance adviser or minister, secretary for the finance division, and State Bank governor sit with the IMF. The Fund puts forward conditions that it wants Pakistan to meet. Then, deliberations are done on these conditions.