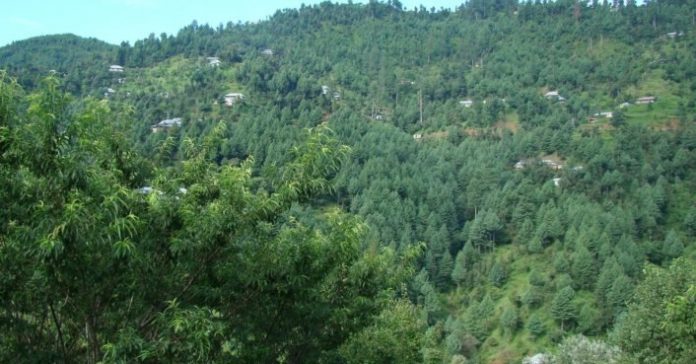 ISLAMABAD—The International Monetary Fund (IMF) has lauded the previous government’s 10 Billion Tree Tsunami project described it as a great initiative that the world can learn from to tackle climate change and champion green growth in the country.

A message from the Twitter handle of the IMF read that for Pakistan to survive climate change, it needs to protect its forests. “But deforestation levels in the country have reached a record high. So, the 10 Billion Tree Tsunami was born,” it said.

For Pakistan to survive climate change, it needs to protect its forests. But deforestation levels in the country have reached a record high. So, the 10 Billion Tree Tsunami was born. pic.twitter.com/LfQEi7owNv

Imran Khan while commenting on a tweet from the Fund said that the PTI government was the first in Pakistan’s history to reverse deforestation trend and increase forest cover.

He shared how PTI led KP government in 2014, planted or regenerated more than 2.5 billion trees and were on target to restore over 1 million hectares of degraded forests under the 10 Billion Tree Tsunami project.

It is pertinent to mention here that Imran Khan’s Billion Tree Tsunami project had won international appreciation after the global environmental organizations termed his efforts for a better environment as exemplary for other global leaders.

Prime Minister Boris Johnson of the United Kingdom addressed the United Nations General Assembly session over the climate push and advised the world leaders to follow in the footsteps of Pakistani premier Imran Khan on planting trees.

In this connection, a high-level delegation from Saudi Ministry of Environment, Water and Agriculture led by General Supervisor of Chief Executive of Kingdom of Saudi Arabia Engineer Muhammad bin Ali Al-Qaimi had also visited various forests, parks and nurseries of Pakistan.

In this regard, Pakistan and Saudi Arabia have inked a memorandum of understanding (MoU) under which Pakistan will offer technical help to a Saudi Arabian tree-planting initiative worth $10 billion.