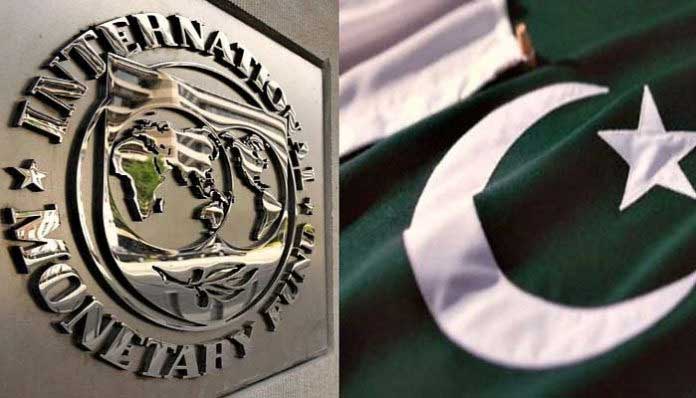 ISLAMABAD: The International Monetary Fund (IMF) on Friday predicted recovery in Pakistan s economy during financial year 2021.
In a report titled “Policy Actions Taken by Countries,” IMF said a gradual recovery is expected in Pakistan s economy in Fiscal Year 2021 as the economy reopens.
The report highlighted the measures taken by the present government to contain spread of COVID-19.
It says since mid-April, the federal government, in coordination with provinces, gradually eased lockdown allowing low-risk industries to restart operation and small retail shops to reopen with newly developed Standard Operating Procedures.
In addition, restrictions on domestic and international movements have been lifted with resumption of domestic flights, train services, and international flights.
The report says selective lockdown arrangements remain in place, through the closure of shops on weekends and the sealing of specific areas of high risk.
It says a relief package worth 1.2 trillion rupees was announced by the federal government on March 24, which is now being implemented and will be pursued in fiscal year 2020-21.
The report mentions key measures taken by the federal and provincial governments to ease economic impact of the Coronavirus pandemic.
These include elimination of import duties on emergency health equipment; cash transfers to 6.2 million daily wage workers worth 75 billion rupees, cash transfers to more than 12 million low-income families worth 150 billion rupees, financial support to SMEs and the agriculture sector worth 100 billion rupees in the form of power bill deferment, bank lending, as well as subsidies and tax incentives.
The report says since the onset of the crisis, provincial governments have been also implementing supportive fiscal measures, consisting of cash grants to the low-income households, tax relief and additional health spending.