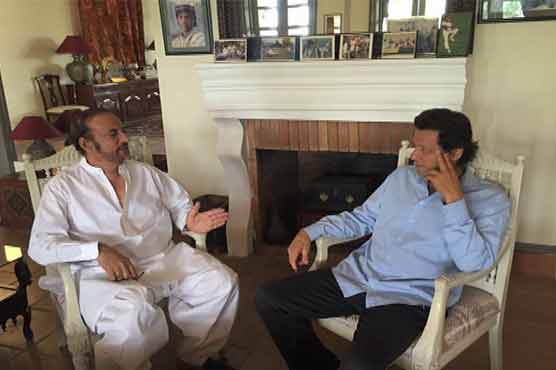 ISLAMABAD: Pakistan Tehreek-e-Insaf (PTI) Chairman Imran Khan has summoned the legal team representing the party in Panamagate petitions to Bani Gala for consultation.
As per details, the PTI chief has convened a meeting with his legal wizards to review preparations for Panamagate case, which is being heard by the Supreme Court of Pakistan.
Earlier, the PTI constituted a four-member legal team on Tuesday to fight the Panamagate case against Prime Minister Nawaz Sharif and members of his family in the Supreme Court.
The PTI team is headed by Naeem Bokhari with Babar Awan, Sikandar Mohmand and Malaika Bokhari and as its members.
The PTI had formed the four-member team after Hamid Khan, the head of its legal team, left the case amid criticism that he had failed to provide credible evidence about Nawaz Sharif’s involvement in establishing three offshore companies exposed in the Panama Papers leaks in April.