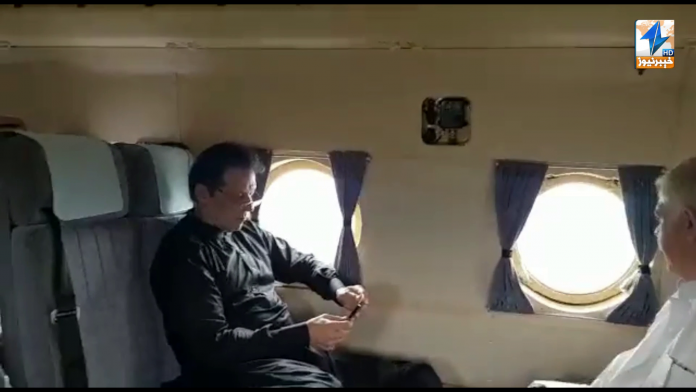 He was accompanied by the Chief Minister of Khyber-Pakhtunkhwa (K-P) Mahmood Khan and ministers.

Earlier in July, the Chief Minister (CM) Khyber Pakhtunkhwa (KPK) announced a relief package of Rs1 billion for flood victims in the province that include Tank, Swabi, and Karak and ordered realistic assessment of the damages in consultation with the local public representatives and submit complete report to this effect within a month.

Mahmood Khan had announced to give Rs800,000 to the families of deceased and Rs400,000 to people whose houses were severely damaged. Families with temporarily damaged homes would be provided with a financial relief of Rs160,000.

An amount of Rs10,000/ per acre would be provided to farmers with flood-affected fields.