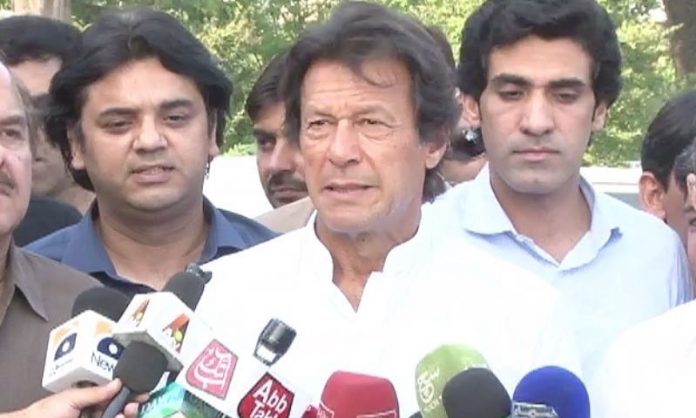 KARACHI: Pakistan Tehreek-e-Insaf (PTI) Chairman Imran Khan has revealed the identity of the person who gave him Rs. 10 billion offer to withdraw from Panama Papers Case.
Speaking to media after landing at Karachi Airport, he said that the person was a Lahori and has links with the party and its opposition.
“He lives in Lahore. Summon me in the court and I will reveal the identity of the person who made the offer,” Khan said.
The PTI chairman stated that the person, who made the offer, would have gotten Rs. 2 billion if the deal went successful.
He went on to say that retaliatory action would be taken against the person who made the offer.
Tehreek-e-Insaf chief stated that Rs. 10 billion was the initial offer and the sum may have been increased later.