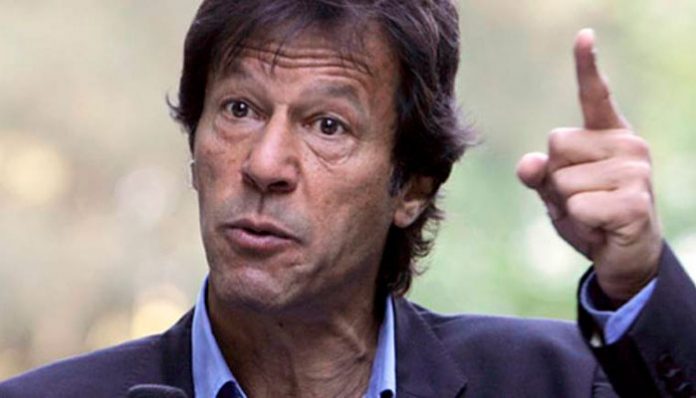 ISLAMABAD: Pakistan Tehreek-e-Insaf (PTI) Chairman Imran Khan on Wednesday has reacted to the United States (US) President Donald Trump’s statement in strong words.
In his twitter messages, Imran termed Trump an ‘ignorant and ungrateful’ who was blaming Pakistan for US failures in Afghanistan.
“From the start I had opposed Pak becoming part of US-led so-called “War on Terror”. Now, after suffering 70k dead, over $100 bn loss to economy, when we had nothing to do with 9/11, constant ” do more” US taunts & after nation has been humiliated by Trump, GoP saying the same”, he wrote.
He said that we should learn lesson not to be used by others for financial benefits over again.
He wrote, “Lesson to be learnt by us is never to be used by others for short term paltry financial benefits ever again. Our society became radicalised and polarised as we helped CIA create jihadi groups; then, a decade later, we tried to eliminate them as terrorists on US orders.”
Imran Khan went on saying that the US was blaming Pakistan for its failures in Afghanistan.
Imran Khan maintained that ultimately, Pakistan suffered insult and was being made scapegoat for US failure in Afghanistan.
“A couple of thousand or so Haqqanis allegedly in Pak are supposed to be cause of why the most well-equipped mly force in history, 150k NATO troops + over 200k Afghan army could not succeed?”, he said.
It is worth mentioning here that the US President on Monday wrote on Twitter that they foolishly gave over 33 billion dollars in aid to Pakistan over the past 15 years. He slammed Pakistan for only providing lies and deceit in reaction.