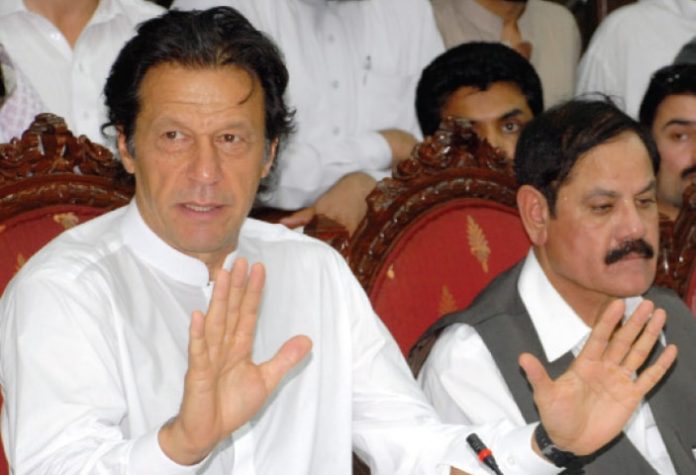 ISLAMABAD: Pakistan Tehreek-e-Insaf (PTI) chief Imran Khan on Tuesday has summoned a meeting in Islamabad to discuss ongoing political situation in the country.
According to details, the participants of the meeting would debate on the future strategy of the party regarding Islamabad lock down.
The issue of Occupied Kashmir would also be taken under consideration during the session while the points of all-party meeting convened by Prime Minister Nawaz Sharif would also be analyzed.
On October 1, Imran Khan had claimed to shut the federal capital down as part of protest against the alleged government after Muharram.
While addressing a rally in Raiwind, Khan said that the nation was witnessing a time that signified ‘fall’ of the current rulers which according to him was not far.
Over Rs 8.5 billion were spent in the past eight years to maintain security of Jati Umra, he complained.
PTI Chairman alleged the premier of snatching pieces of land in Raiwind. Billions of Rupees paid by the people in good faith which were to be spent on construction on hospitals and schools were utilized to pave roads, he said.