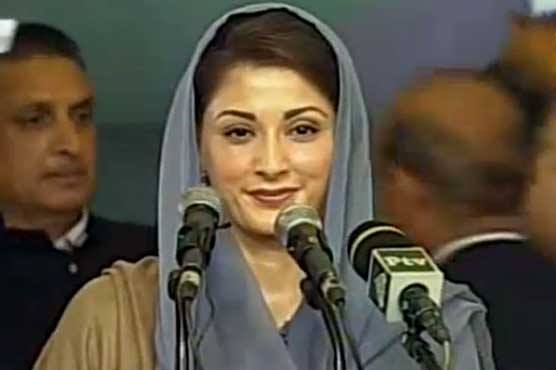 SWAT: PML-N leader Maryam Nawaz on Sunday said that Pakistan Tehreek-i-Insaf Chairman Imran Khan and PPP co-chairman Asif Ali Zardari are brothers that have joined hands under a banner that does not represent the people.
In a fiery speech made while addressing a huge crowd at Kabal in Swat, Maryam said, “These two brothers have joined hands under a banner that does not represent the people of Pakistan.”
“You people voted for his party [PTI] in the 2013 election and he took your vote and placed it at Zardari’s feet during the Senate elections,” Maryam said adding that if Imran has to do the same next time, “he should just tell people to vote directly for the arrow instead of getting them to vote for the bat.”
“When you voted for the PTI in the last election, you hoped Imran will work for you, make new roads in Swat, however, he spent the whole term in blocking roads in Punjab and the federal capital.”
She added: “Where was Imran when floods hit Swat, or when the dengue infection was prevalent here? Let me tell you where he was, he was in the federal capital being a pawn in someone else’s efforts to topple the government.”