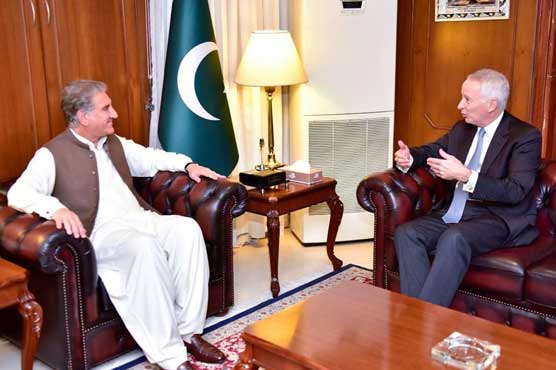 ISLAMABAD: Foreign Minister Shah Mahmood Qureshi on Wednesday said that Indian forces are committing blatant human rights violations in occupied Jammu and Kashmir.
He said this in his meeting with former US ambassador to Pakistan Cameron Munter who called on him in Islamabad on Wednesday.
During the meeting, the foreign minister said that the Indian steps ever since August 5 last year are proving to be dangerous for regional peace.
Qureshi went on to say that the Indian government s controversial legislation is also taking a heavy toll on Indian Muslims’ in terms of human and material losses.
They also discussed US-Taliban peace deal and prospects of intra afghan dialogue.
Bilateral relations between Pakistan and the US also came under discussion during the meeting.