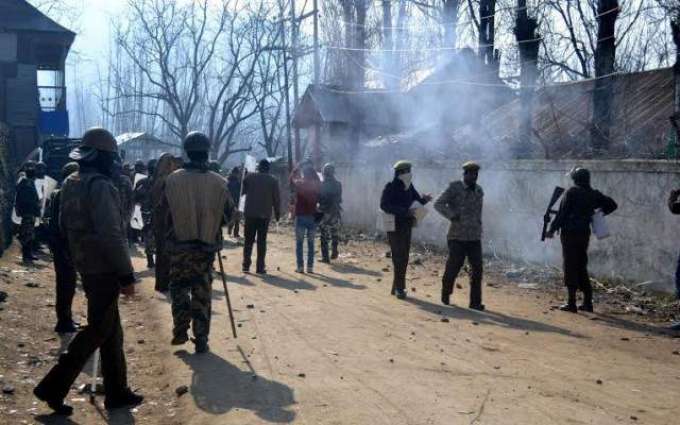 SRINAGAR: In occupied Kashmir, Indian troops in their fresh act of state terrorism martyred four Kashmiri youth in Shopian district, on Tuesday.
According to Kashmir Media Service, the troops killed the youth during a cordon and search operation in Nadigam area of the district.
Indian police claimed that the youth were militants and were killed in an encounter with the troops. The operation was going on till last reports came in.
Earlier, a commando of Indian army was killed and three troops were injured in an attack in the same area last night.
Meanwhile, a soldier of Indian Border Security Force was also killed in a blast in Samba district.
The Chairman of Hurriyat forum, Mirwaiz Umar Farooq, has said that despite unleashing ultimate repression in the territory, India has failed to break the resolve of freedom loving Kashmiri people fighting for their legitimate birth right, the right to self-determination.
Mirwaiz Umar Farooq paid rich tributes to the martyred youth.
The Mirwaiz said that the Kashmiri youth were spilling their hot blood for great and sacred cause. “Sacrifices of the Kashmiri youth are our greatest asset and it is the responsibility of the people as well as the leadership to safeguard them at any cost,” he added.