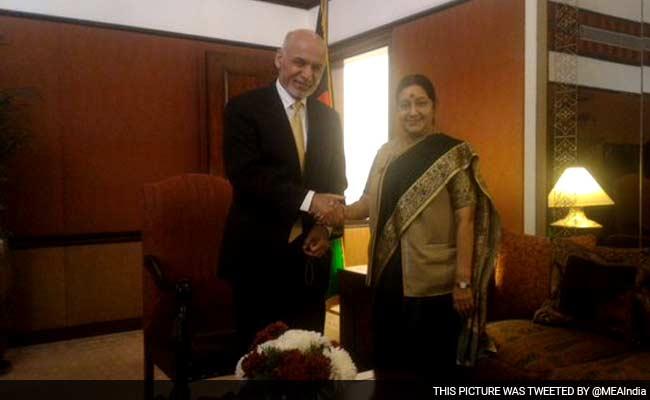 "A strong bond of friendship. Sushma Swaraj calls on President Ashraf Ghani for a bilateral on sidelines of Heart of Asia," official spokesperson of the ministry of external affairs Vikas Swarup tweeted.
"…They discussed terror threat in Afghanistan," Swarup added.
Sushma Swaraj, who is in Islamabad for the fifth Ministerial Conference of the Heart of Asia Istanbul Process, reviewed with President Ghani bilateral ties between the two nations, including transit, Swarup added.
The duo also discussed status of peace and reconciliation process in Afghanistan.