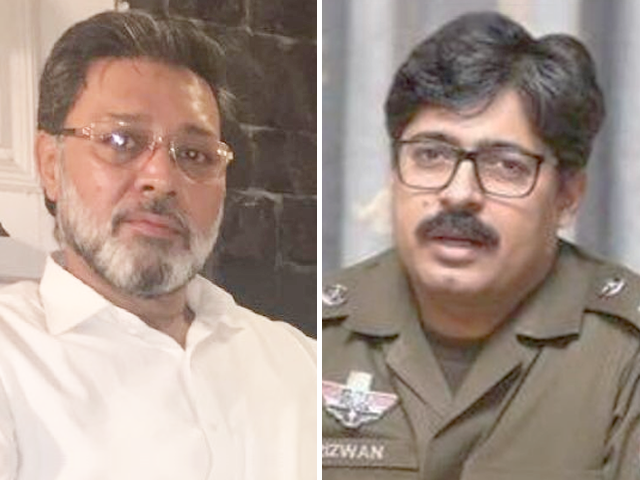 ISLAMABAD: An inquiry report submitted in the Supreme Court on Wednesday stated that former Pakpattan District Police Officer (DPO) Rizwan Gondal was transferred following political interference from the ruling Pakistan Tehrik-e-Insaf.
A three-member bench of the apex court headed by Chief Justice of Pakistan Justice Mian Saqib Nisar heard a suo motu notice of the former DPO’s transfer following an alleged altercation with Khawar Maneka.
As the hearing began, National Counter Terrorism Authority (Nacta) chief Maher Khaliq Dad Lak submitted an inquiry report which stated that the former Pakpattan DPO’s transfer was done on the basis of influence.
Following this, the chief justice passed remarks on Punjab chief minister’s close friend Ahsan Jameel Gujjar and said, “Why don’t we take up a case against him in the anti-terrorism court.”
“Today, Ahsan Jameel Gujjar is issuing apologies and a day earlier his tone was different,” Justice Nisar added.
The court then ordered that a copy of the report be sent to Punjab CM Usman Buzdar and former Punjab IG Kaleem Imam.
Further, the court summoned a reply from the Punjab CM on the report within three days.
Last month, the chief justice rejected an inquiry report submitted by former Punjab IG Kaleem Imam and directed Khaliq Dad Lak to conduct the inquiry into the matter.
In August, reports of Gondal’s transfer sparked controversy as speculation suggested that the police officer was transferred because of the August 23 altercation between police and Khawar Maneka.
According to reports, police personnel under Gondal’s watch tried to stop Maneka at a checkpoint for speeding but he did not stop. The police then chased his vehicle and managed to intercept him.
Then Punjab IGP, Imam, soon after the reports, denied that Gondal was transferred under any pressure and said it was done due to his giving misleading statements about misbehaviour by police personnel with a citizen.