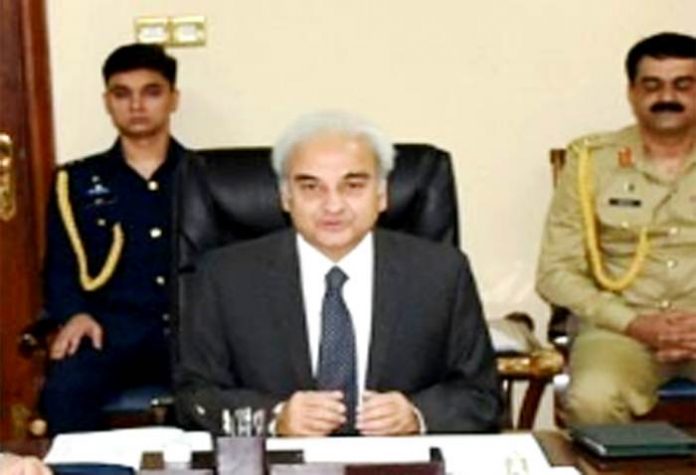 ISLAMABAD: Caretaker Prime Minister (PM) Justice (Retd) Nasirul Mulk has said that elections would be held as per schedule adding that the interim setup would honor the mandate it had been given.
He stated this while presiding over an important meeting regarding arrangements for the upcoming general elections, which was attended by the officials of Election Commission of Pakistan (ECP), all the caretaker chief ministers, chief secretaries and police chiefs.
During the meeting, officials of the ECP presented a report on the arrangements for the elections besides briefing the participants.
The ECP officials also briefed the participants of the meeting on printing of ballot papers and establishment of polling stations.
Meanwhile, media outlets reported that services of Pakistan Army have been sought during the meeting to provide security to facilities printing ballot papers.
The reports also said that printing of ballot papers and its delivery would also be carried out under the supervision of Pakistan.