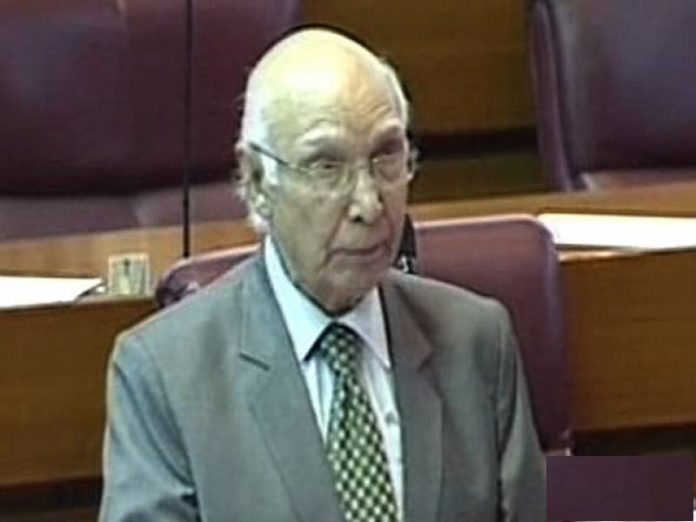 ISLAMABAD: Prime Minister’s Adviser on Feogin Affairs Sartaj Aziz on Wednesday said that investigation from Indian agent Kulbhushan Yadav is underway and more evidence is being collected from him.
Briefing the Senate Standing Committee on Foreign Affairs in Islamabad, Sartaj Aziz said that dossiers about Indian involvement in subversive activities in Pakistan will be presented before the United Nations (UN) and other important countries after completion of investigation from detained RAW agent.
Sartaj Aziz also regretted Indian aggression on the Line of Control (LoC).
Meanwhile, Foreign Secretary Aizaz Ahmad Chaudhary said that 45 Pakistani civilians have embraced martyrdom as a result of unprovoked Indian firing on the Line of Control.
He said Pakistan has informed the United Nations in writing about these violations.
The Foreign Secretary further noted that there are several UN resolutions on the Kashmir dispute. He said the international community should exert its pressure on India for the implementation of these resolutions.