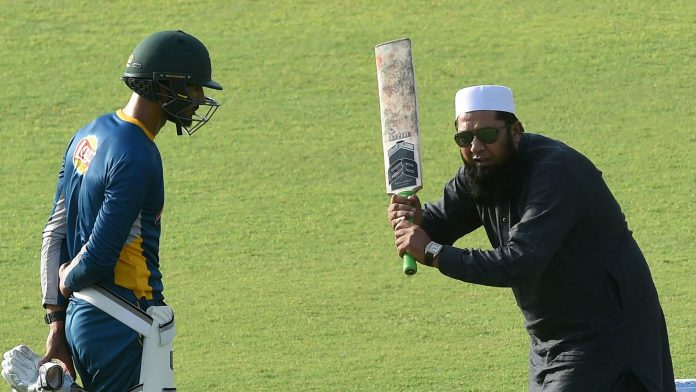 LAHORE: Chief selector of Pakistan cricket team and legendary middle order batsman Inzamam-ul-Haq said Pakistan are more than capable of winning the 2019 World Cup.
Pakistan cricket team with head coach Mickey Arthur was thrashed 5-0 by Australia last month in UAE.
The chief selector expressed that series was not a fair reflection of the team. Against Australia, we had rested seven of our key players, said Inzamam, adding that in the last two games we rested around ten of our main players.
‘But the team still fought hard in those matches and that is a very good sign for me. ‘I am confident we will pick a very good team for the World Cup and Pakistan will be among the favorites for the title, he said.
These players needed a rest before the World Cup and we have a hectic schedule in England ,that is why we rested them and we also wanted to test our bench strength.
Earlier, captain Pakistan cricket team Sarfraz Ahmad said best team would be selected consisting of top in-form players for the World Cup 2019.
It was the dream of every captain to win a world cup for his country, he said, hoping that Pakistan would play in the final of the mega event, he said.