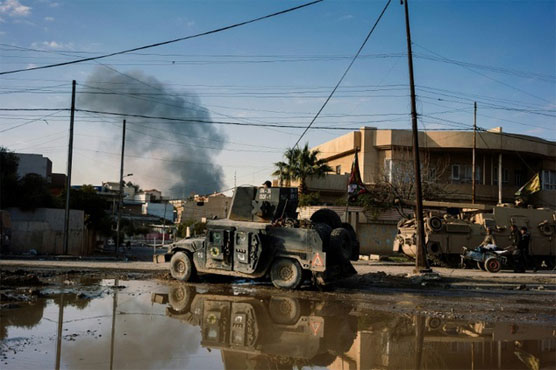 BAGHDAD: Iraqi forces will retake east Mosul from the jihadists within days, a top commander said Monday, after his fighters in the city reached the Tigris River for the first time.
Baghdad s forces have retaken a series of areas in eastern Mosul since launching an operation to recapture the city from the Islamic State group on October 17, but the west remains under IS control.
East Mosul will be retaken within “a few days, God willing,” Staff Lieutenant General Abdulghani al-Assadi, a top commander in Iraq s elite Counter-Terrorism Service, told.
Assadi s remarks came a day after officials said Iraqi forces in Mosul had reached the eastern side of a bridge across the Tigris River, which divides the city, for the first time during the operation.
Assadi said that “the bridge fell tactically,” though Iraqi forces were still some 150 metres (yards) away.
The general also said that “our units… are close to encircling Mosul University,” whose sprawling campus is located east of the Tigris.
IS overran Mosul and swathes of other territory north and west of Baghdad in 2014, sweeping aside security forces that were ill-prepared to face the assault.
Tens of thousands of Iraqi forces launched an offensive on October 17 to retake Mosul, the last major urban centre in Iraq still controlled by the group that seized around a third of the country in 2014.
Several areas around the city, Iraq s second largest, were swiftly reconquered, but the elite forces that pushed into the streets of Mosul itself have faced stiffer than expected resistance.
In late December, the federal advance inside the city had slowed to a crawl but a fresh coordination effort between CTS and other forces gave fresh impetus to the operation.
Iraqi forces, backed by increased support from the US-led coalition that has carried out the bulk of air strikes against IS and deployed military advisers on the ground, made rapid progress since the start of 2017.
“It s pretty excellent progress that they ve made over the last couple of weeks, since they restarted the operation on the 29th” of December, coalition spokesman Colonel John Dorrian said.
“They have synchronised three axes of advance… and that s more than the enemy can solve,” he said, referring to elite interior ministry and other forces also operating inside Mosul.
Dorrian said that CTS s foray to the Tigris had more than just symbolic value for the 12-week-old operation to retake Mosul.
“The Tigris — that s a natural landmark and a barrier that the enemy would have to navigate to either escape or reinforce,” he said.
“It s important because it stops the enemy from being able to resupply,” Dorrian said.
“It also cuts off avenues of escape for the remaining enemy… it doesn t make it impossible but it makes it very difficult.”
Iraqi Prime Minister Haider al-Abadi had promised that his forces would rid the country of IS by the end of 2016 but he admitted a few days ago that it could still take several more months.
Beyond the timetable, exactly which troops among the myriad forces involved in the operation retake the city from IS will have a major impact on the future of Mosul and relations between Iraq and its neighbours.
Two days after landmark talks with his Turkish counterpart aimed at patching up frosty relations, Abadi on Monday met Jordanian Prime Minister Hani Mulki in Baghdad. …Agencies 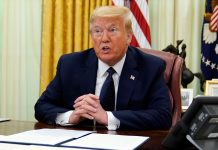