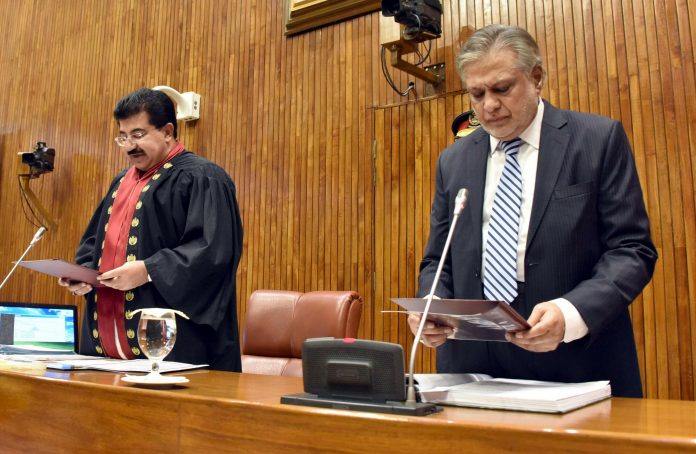 Pakistan Muslim League-Nawaz (PML-N) leader Ishaq Dar took oath as a member of the senate after returning to the country.

The oath was administered by Chairman Senate Sadiq Sanjrani.

During the oath taking ceremony, the opposition created ruckus in the house. PTI members tore the copies of the agenda of the meeting to register their protest and also surrounded the dais.

The senate chairman directed all members to maintain the decorum of the house as Dar continued to receive felicitations from members of the coalition parties.

The politician, who touched down in Pakistan with Prime Minister Shehbaz Sharif Monday night, will be sworn-in as the federal finance minister tomorrow (September 28) at 10am.

President Arif Alvi will administer the oath to Dar at Aiwan-e-Sadar. All arrangements for the oath-taking ceremony will be completed by tomorrow morning.