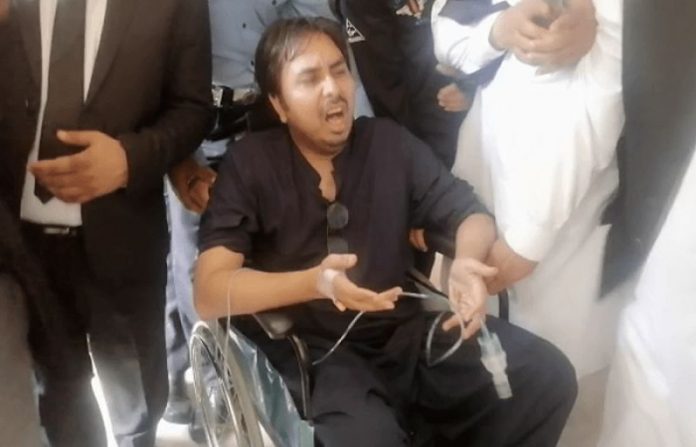 ISLAMABAD: A district and sessions court in Islamabad on Friday ordered to shift Pakistan Tehreek-e-Insaf (PTI) leader Dr Shahbaz Gill to the Pakistan Institute of Medical Sciences (PIMS) for medical checkup, while also reserving its decision on a plea by capital police seeking physical custody of PTI leader for another eight days.

Gill was produced before the court in a wheelchair with footage showing him having difficulty breathing. He was also heard crying for his oxygen mask.

On Thursday, the Islamabad High Court (IHC) had ordered the Islamabad Capital Territory (ICT) Police to submit an inquiry report in the physical remand case and adjourned the hearing till August 22.

On Wednesday, an Islamabad court sent Gill on a two-day physical remand in a sedition case.

Additional District and Sessions Judge Zeba Chaudhry while announcing the reserved judgment said Gill is given in the custody of the investigation officer (IO) for the purpose of investigation for 48 hours.

The court also directed the IO to get the accused medically examined immediately after taking his custody and submit a report of medical examination before the court.

The court also issued orders to the superintendent of jail to hand over Gill’s custody to the Islamabad police.

On August 9, Gill was arrested by Islamabad Police outside Bani Gala Chowk on charges of “making statements against state institutions and inciting the people to rebellion.”