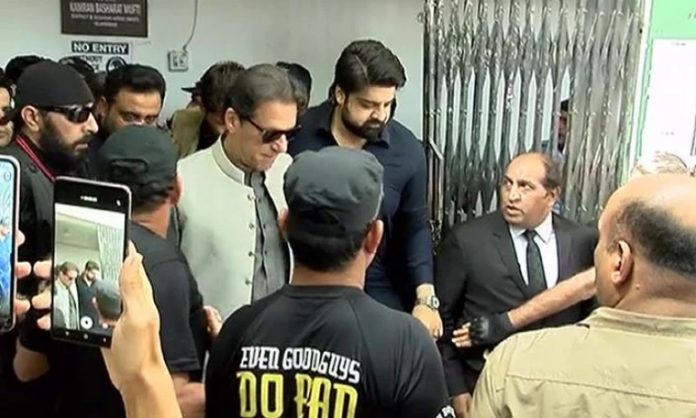 During the proceedings, Imran Khan’s lawyer Babar Awan told the court about the case and said that his client was also present in the court.

On the judge’s inquiry whether this was the first bail application, Babar Awan replied affirmatively.

Babar Awan also informed the judge that another case against Imran Khan is listed in the court for October 13, after which the judge adjourned the hearing until the same date.