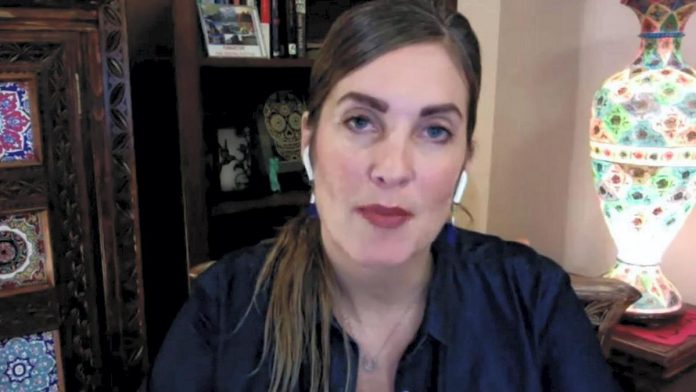 ISLAMABAD: Islamabad police refused to register a case against US citizen and blogger Cynthia Dawn Ritchie, who has accused the top PPP leadership of rape and harassment.
A report was forwarded from the Bani Gala police station to the additional sessions judge’s court in this regard. PPP leader Waqas Abbasi had submitted the plea against Ritchie for making inappropriate claims about former prime minister Benazir Bhutto in her tweets.
In the petition, it was mentioned that the US citizen posted defamatory tweets.
Police said that if any action is required against Ritchie, then the Federal Investigation Agency should be consulted.
The court then summoned final arguments from both sides in the next hearing and adjourned the case until June 24.
Earlier, police had dismissed the case filed by Ritchie against Senator Rehman Malik over lack of evidence.
On Thursday, Cynthia Richie had moved the Islamabad High Court (IHC) in a bid to stop the FIA from registering a case against her.
In her petition, Ritchie had said that the FIA should be stopped from filing a case against her as she had not committed any crime.
In the previous hearings, Additional District and Sessions Judge (ASJ) Jahangir Awan had directed the FIA to register a case against US blogger.
In its two-page verdict, the court said the US blogger had not denied that she created this tweet on social media.
“A crime has been committed falling under PECA Act 2016 and FIA is competent to investigate the matter in accordance with the law. Under the circumstances, the application is hereby accepted and FIA is directed to proceed in accordance with law, conduct on inquiry and if there is sufficient material register an FIR,” the order read.
In a video message earlier this month, Ritchie had accused senior PPP leader Senator Rehman Malik of rape and said that the incident happened in 2011 when Malik was interior minister.
Ritchie had also alleged that two others, including former prime minister Yusuf Raza Gillani, had “manhandled” her at a separate occasion.
She had stated that the incidents occurred in 2011 when the PPP was in power, and when Malik had been a senior minister.