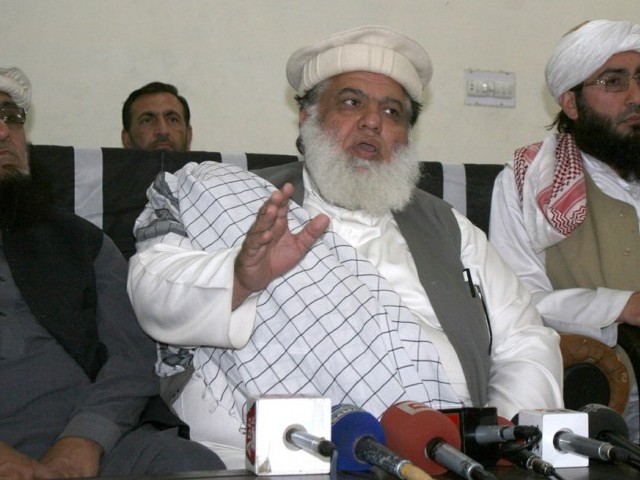 HANGU: Jamiat Ulema Islam (JUI-F) central leader, Senator Maualana Atta ur Rehman on Monday called for a transparent inquiry into allegations leveled by Javed Hashmi against PTI chairman Imran Khan.
Addressing a press conference here, he said Javed Hashmi was a seasoned politician and he always stand for truth. His accusations against Imran Khan should be taken seriously and a probe should be initiated with no delay.
“The allegations of Hashmi are substantial and consistent with the JUI-F’s stance,” he remarked.
Maulana Atta ur Rehman said that PTI’s all tall claims of justice, transparency and merit fell flat as the KP government made records of nepotism, corruption and unjust in the province.
He said PTI led KP government was just deceiving masses in the name of change and development projects. It was engaged in inaugurating the already initiated projects of MMM’s regimes, he maintained.
Maulana Atta ur Rehman said China Pakistan Economic Corridor (CPEC) was a project of immense importance for development and prosperity in the country, but unfortunately, he said certain elements were engaged in negative propaganda.
Referring to Asif Ali Zardari, he said that the return of Zardari would bring no significant change in country’s politics as the people have realized the PPP is limited to only slogan of “Roti, Kapra, Makan”.
He said PTI’s politics is confined to allegations, character assassination, corruption, use of immoral language, adding Jamat e Islami (JI) has ruined its’ prestige as it is equally involved in each and every crime of PTI. …APP