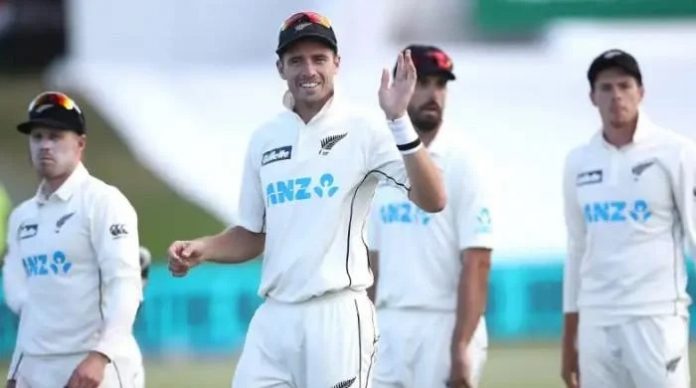 The arrival of the Kiwis comes just days after England whitewashed Pakistan at home in a three-match Test series that has seen the hosts’ cricket board chief sacked.

New Zealand sparked deep frustration in Pakistan in September last year when they failed to show up at Rawalpindi Stadium and announced they were flying home.

They rescheduled the visit after Australia’s successful tour in March, which was followed by two visits by England.

The current 15-man New Zealand squad is led by veteran fast bowler Tim Southee and they will begin the tour with the first Test in Karachi from Monday.

The second Test is in Multan from January 3, followed by one-day internationals on January 10, 12 and 14 in Karachi.

Pakistan announced a 16-man squad for the Test series Wednesday, with a recall for fast bowler Hasan Ali.

Spearhead Shaheen Shah Afridi misses out with a knee injury.

The Test series against New Zealand will provide Pakistan with a chance to improve on their performance after a humiliating defeat at the hands of England.

New Zealand cut short a tour in 2002 when a bomb blast outside their Karachi hotel killed 14 people including French naval staff. They returned in 2003 but avoided the mega port city.

Pakistan then became a no-go destination for international cricket in 2009 when the Sri Lankan team bus was attacked, forcing Pakistan to play home games at neutral venues, mostly in the United Arab Emirates.

But international cricket has gradually returned since 2015 following major security improvements and this year has been a big home season with visits by Australia, England and New Zealand.