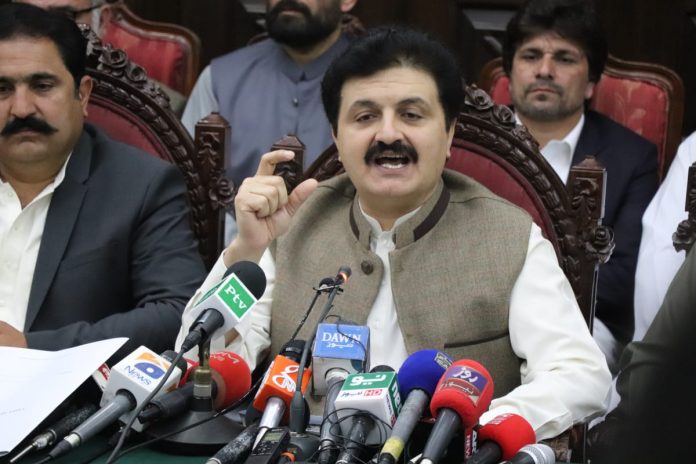 PESHAWAR: The Khyber Pakhtunkwa government’s advisory committee Wednesday invited the leadership of the Pakhtun Tahafuz Movement (PTM) for talks on March 26.
In a statement signed by the members of the advisory committee, the PTM leaders were invited to a jirga at Civil Officers Mess at 11am on March 26.
The committee members said that they wanted to solve the Pakhtuns’ collective and individual problems through peaceful means. They urged the PTM leaders to accept the government’s invitation for talks and ensure their participation in the jirga.
The announcement was also made at a joint press conference of the advisory committee members and spokesman for the government Ajmal Wazir. Ajmal Wazir said that the government wanted to solve all the problems through talks and peaceful means.
Ajmal Wazir said the government is implementing ten-year developmental plan on tribal district to remove deprivations of tribals.
He said all the political parties will be taken on board for this purpose.
Ajmal Wazir said the meeting decided to invite leadership of PTM to Peshawar for talks on 26th of this month.
The meeting was attended by parliamentarians of tribal districts