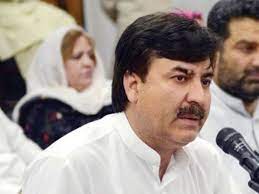 The provincial government of Khyber-Pakhtunkhwa has decided to legislate against the custom of Swara in the province. According to provincial minister Shaukat Yousafzai, the issue is highly sensitive, saying there should be a law to stop the same.

Yousafzai further said that an individual should not be punished for someone else’s wrongdoing. Today’s women are educated and aware and should not be married off against their will due to an old custom.

There is a dire need to legislate against the custom, the minister said, observing that the culprits are spared every time due to a loophole in the existing law.

The far-flung areas of K-P still follow the Swara custom, in which the side that loses arbitration has to marry off women from its family to the other side.