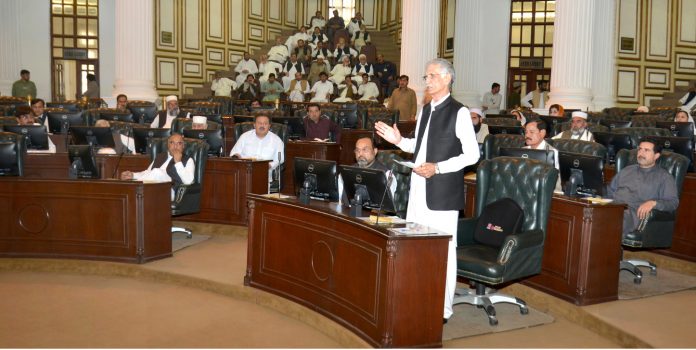 PESHAWAR: Khyber Pakhtunkhwa Assembly opposition lawmakers decided to bring a no-confidence motion against Chief Minister Pervez Khattak.
According to reports, opposition members have already signed in favor of the no-confidence motion, however, they decided not to table the motion for the time being. All the opposition members have agreed to table no-trust motion against CM Pervez Khattak, reports added.
According to constitutional experts, if the opposition brought the motion forward then Khattak will be unable to request Governor Khyber-Pakhtunkhwa to dissolve the assembly.
On January 23, Pakistan Tehreek-e-Insaaf (PTI) Chief Imran Khan had claimed that the party KP MPAs to tender resignations on their whim.