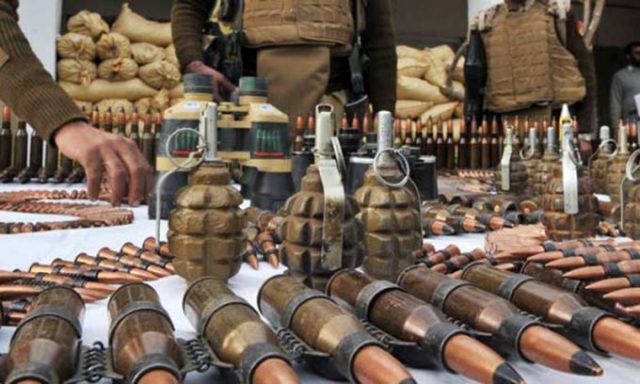 RAWALPINDI: A large cache of weapons and explosive material has been recovered from different areas of Balochistan, said a statement issued by the Inter-Services Public Relations (ISPR) on Wednesday.
According to the statement, security forces conducted search operations in Chaman, Sibbi, Kohlu and other areas of the province.
Suicide jackets, machine-guns, mines, detonators and explosive material were recovered from terrorists’ hideouts in the operations, the statement added.
It further said that the operations were conducted after receiving secret information regarding the hideouts of terrorists.