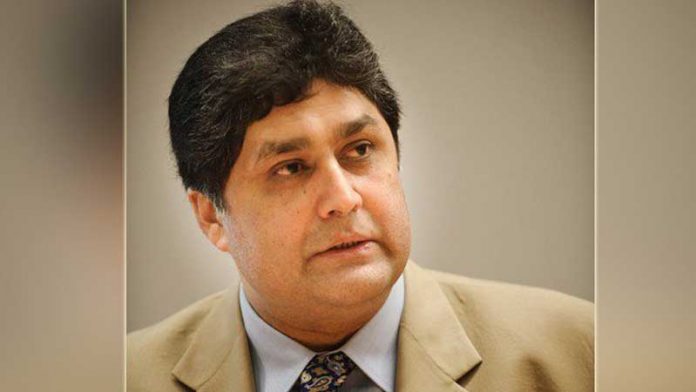 LAHORE: Lahore High Court (LHC) on Tuesday has approved bail of former Prime Minister (PM) Nawaz Sharif’s principal secretary Fawad Hasan Fawad in illegal assets case.
During the hearing, Fawad’s lawyer told the court that his client was arrested in 2018 but no indictment proceeding was carried out against him.
The court remarked why National Acocuntability Bureau (NAB) has not apprehended the three benami suspects in connection with the case until now. The one having nothing on his name was taken into custody, Justice Tariq Abbasi stated.
Fawad’s bail was earlier rejected on the basis of investigation but now, a complete reference exposing everything is present in the court, the lawyer stated.
Meanwhile, NAB prosecutor said that Fawad Hasan Fawad has used his relatives name to hide the properties.
The court asked about the arrest of those possessing all the assets over which, the anti-graft watchdog prosecutor stated that the company having all the assets has nothing in its bank account.
Subsequently, the court ordered to release Fawad over surety bond worth Rs1 million.
The principal secretary of the former prime minister was arrested on July 5, 2018 in the Ashiyana-i-Iqbal scam. However, later investigations began into his assets beyond known sources of income on August 3, 2018.
He was facing charges of accumulating assets worth Rs1089 million with no declared sources of income.
The NAB alleged that Fawad had an “illegal” commercial plot of 5-kanal worth Rs500 million (approx) at Haider Road in Rawalpindi with a value of Rs500 million.
NAB Lahore Regional Board converted ongoing inquiry against accused Fawad Hassan Fawad into investigations on October 12, 2018 whereby after completing the investigations, a reference was sent to NAB Headquarters for approval from Chairman NAB Justice Javed Iqbal and his Executive Board.